Ice jelly is a popular Taiwanese summertime treat. It is an absolute favourite in Taiwanese night markets, alongside other Taiwanese specialties like the world-famous bubble tea.

“Ice jelly” is actually the very slick name given to the treat by Singaporeans; since that’s kind of what it looks like–ice in the summer.

In its native Taiwan, ice jelly is called Aiyu jelly in Mandarin and Ogio in Taiwanese. It is a natural jelly made using the seeds of the Awkeotsang fig, which is native to Taiwan and parts of Southeast Asia.

The popular treat is sweetened with syrup or honey and served chilled and with lemon or lime juice. It is an all-natural and refreshing treat that the Taiwanese have turned to for centuries for relief in the subtropical summer heat! 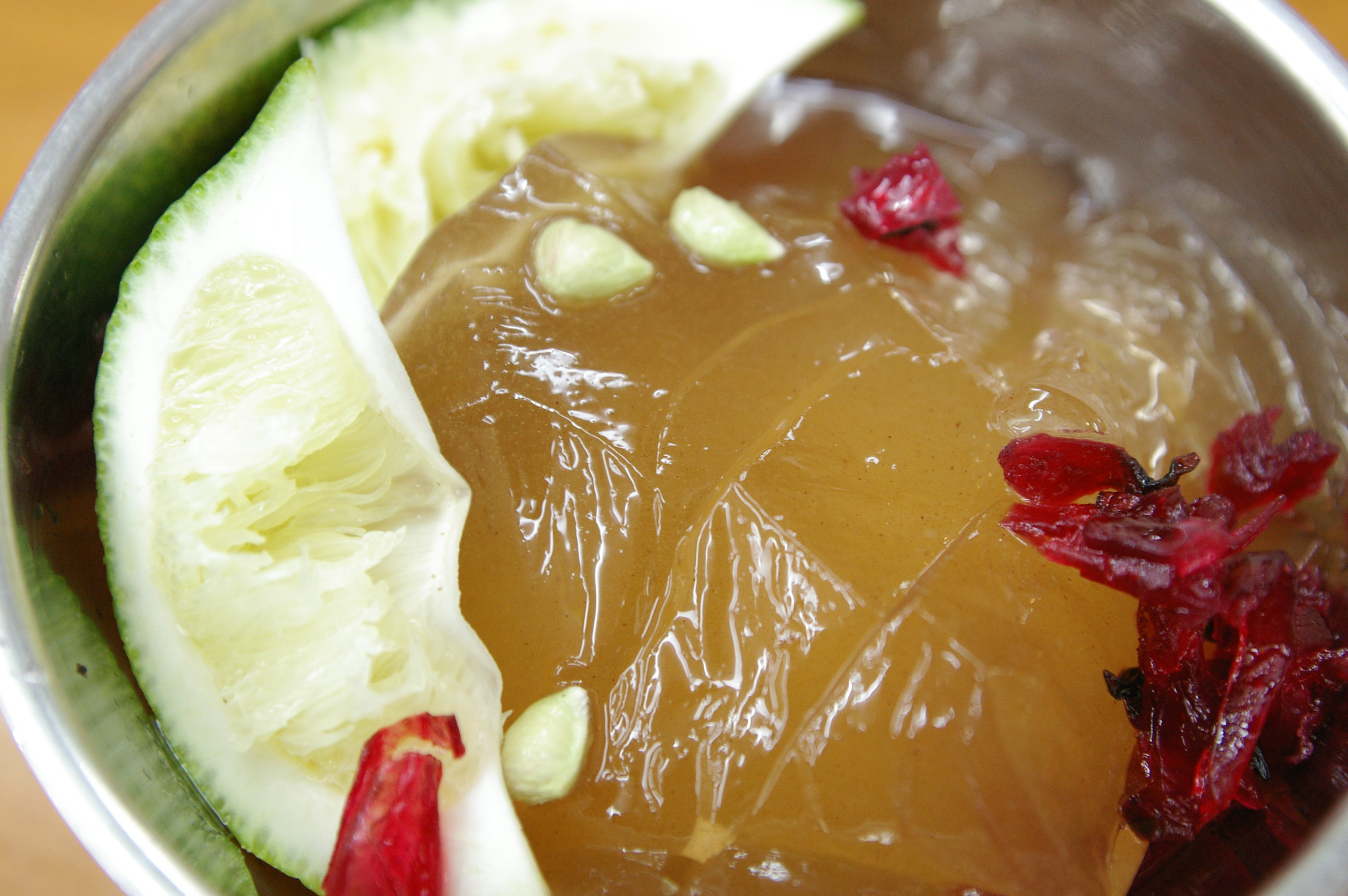 The following is the legend behind the discovery and popularization of the Aiyu jelly as well as the origin of its name.

Back in the 1800s, one day, there was an old Taiwanese merchant travelling in the unforgiving heat of the Taiwanese summer.

When the merchant passed through the modern-day region of Chiayi, he took refuge from the heat on the banks of a small creek.

As he dipped his hands into the cool river-water to drink, he noticed junks of ice flowing in the creek.

“How can this be?” the merchant thought, “it’s the middle of the hottest season on this subtropical island and there are pieces of ice in the creek?”

The merchant was curious and investigated.

He picked up the pieces and noticed that they weren’t, in fact, ice at all; but a gel-like substance that had congealed in the cool water.

When the merchant investigated further, he discovered vines growing on the side of the river that bore a type of fig.

He noted that when the seeds of the fig came into contact with the cold water, they form a natural, edible jelly.

The merchant took the figs and its seeds home and, together with his daughter, invented what became the jelly.

The merchant’s daughter’s name was Ogio, or Aiyu in Mandarin, and she was put in charge of selling this newly discovered, natural treat.

In time, regulars in the merchant’s new jelly shop came to refer to the treat by the name of the person who sold it. And that’s how the Aiyu jelly got its name.

As mentioned above, today, the jelly is a popular summertime treat not only in Taiwan but in other countries in the region, such as Singapore, as well.

In Taiwan, it is often sold in night markets and tea shops to help customers cope with the heat in a natural fashion!