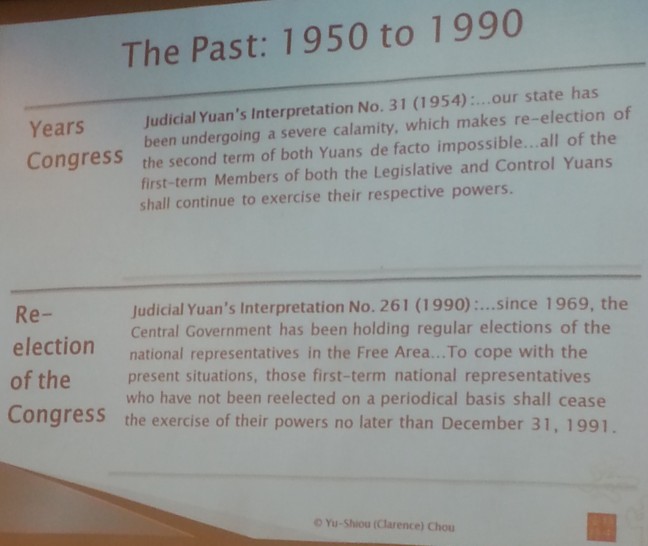 On April 20th, Columbia University’s Taiwan Focus student organization hosted a discussion, led by Yu-Shiou (Clarence) Chou, about Taiwan’s human rights. Chou is an attorney at law in Taiwan, Executive Commissioner of the Judicial Reform Foundation, PILnet Fellow, public defender for Sunflower Movement activists, and is currently completing his Visiting Scholar term at Columbia Law School. Chou covered Taiwan’s democratic development, highlighting important events from both the past and present, and he expressed his opinion about Taiwan’s future.

In Chou’s opinion, Taiwan will depend more on court rulings to decide on laws dealing with social issues. He stressed the importance for judges to be independent and accountable for all their decisions. Chou acknowledged the potential power of civil societies, such as non-governmental organizations, who will lead debates against unpopular government decisions, referencing the Sunflower Movement.
Chou expressed that Taiwan can become the “Asia-Pacific Human Rights Center” and share its experience and success in protecting human rights and the environment as well as its peaceful transition into democracy. Some challenges in the region are environmental issues in Vietnam, land issues in Cambodia, Indigenous people’s rights in Nepal, and a multitude of issues China.

Some would argue Taiwan is the perfect model for China to follow in order to democratize and improve its human rights, but on the contrary, perhaps the People’s Republic of China (PRC) sees Taiwan’s democracy as a provocative and dangerous influence and would prefer to remodel Taiwan after Hong Kong.