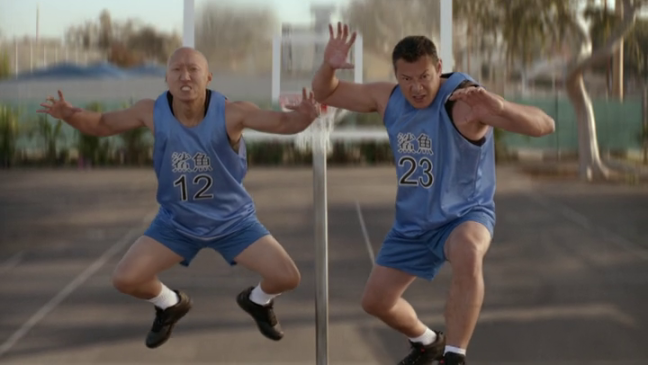 ABC Television Network’s Fresh Off the Boat (FOTB), inspired by Eddie Huang’s memoir of the same name, has been widely praised and has just kicked off its second season. As a Taiwanese American, I appreciate that ABC maintained Huang’s Taiwanese heritage and that the show puts Taiwan in the minds of the viewers around the world. Furthermore, FOTB manages to subtly feature aspects of Taiwan and Taiwanese American culture in a way that reflects the upbringing of many second-generation Taiwanese Americans, both in what it does and doesn’t do.

FOTB cleverly passes Taiwanese culture onto its unwitting audience, similar to how children absorb the cultural traditions they are constantly exposed to without the need for words. Viewers may not always notice the details, but I couldn’t help but cheer when Jessica shared stinky tofu with her new neighbors–it reminded me of how I was first introduced to that horrible stench while visiting Taiwan with my family and how I eventually came to enjoy the fascinating dish. Young Eddie’s vision of Taiwanese-style basketball was one of my favorite scenes as FOTB paid homage to high-flying, action-packed wuxia-style films that my parents would watch while snacking on roasted watermelon seeds. And time may have passed, but Grandma’s reference to hot times in Taipei’s disco clubs is not unlike many of the stories I hear of friends’ late nights at Luxy, Mist or whichever is the latest hotspot in Taipei’s party-filled nightlife.

What FOTB doesn’t do

During the show, it’s common to hear “my parents came from Taiwan” one minute and how Chinese they are (or need to become) the next, how Jessica misses the Taiwanese groceries in Washington, D.C., and how one of the new neighbors watched a documentary on China that highlighted Taiwan’s prowess in Little League baseball (was it really a documentary about China or the Republic of China?). Viewers quickly notice that the Huang family draws values and culture from both Taiwanese and Chinese origins, but the lack of explanation leaves them wondering if the terms are interchangeable. While there seems to be a reason to separate Taiwan from China, the show does not attempt to elaborate. Many first-generation Taiwanese American parents also chose to keep silent on this topic and left much of the second generation unable to explain what Taiwan is and why it’s so closely linked with China.

FOTB’s season finale, called “So Chineez,” also teaches a valuable lesson about the danger of raising Taiwanese Americans in this “silent” manner: Jessica wants her family to remember their roots and demands to have young Eddie Huang represent the People’s Republic of China (PRC), aka China, for his school’s Nation Day, but Taiwan flies the Republic of China (ROC) flag, so why wouldn’t Eddie’s family want him to represent Taiwan–just because they are ethnically Chinese? Or is Taiwan part of China? This is where the understanding of Taiwan and China’s relationship is needed–where they intertwine and also differentiate. At least this episode generated several discussions and reactions focusing on Taiwanese and Chinese identity.

So what is my verdict of FOTB? In terms of presenting Taiwan’s identity and political aspects, I acknowledge it has its limitations as prime time family sitcom, but it should do more to shed an accurate light on Taiwan and provoke more discussion. The season 1 finale could have touched upon the ROC-PRC issue when Jessica wanted Eddie to represent his heritage, but overall I feel it’s done a great job in raising awareness about Taiwan (sometimes indirectly, such as the season finale’s flag controversy) and making Taiwanese Americans think a little more about their motherland and identity. As long as this show is running and remains faithful to presenting the Huangs as a Taiwanese American family, there will be plenty of opportunities to touch upon aspects of Taiwan’s interesting past and present. 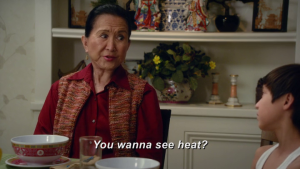 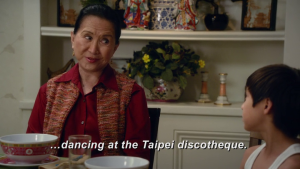