Co-producers Wei Te-Shen (魏德聖) and Jimmy Huang (黃志明) toured along with the showing of their movie KANO at eleven locations across the United States over nine days. We were able to attend the three showings in the New York/New Jersey area, each with their own unique settings and Q&A sessions. Directed by Umin Boya (馬志翔), an actor-turned-director, KANO rounds out the trilogy of Japanese colonization films produced by him and Wei; Cape No. 7 was the first film in the trilogy, followed by Seediq Bale.

KANO currently has six nominations for the Golden Horse Awards, including Best Film, Best New Director, Best Leading Actor, Best Makeup and Costume Design, Best New Performer, Best Original Film Song. The awards will be held in Taipei on November 22, 2014. Without an international showing, many overseas Taiwanese and Taiwanese Americans were not able to view this hit movie, which explores a unique part of Taiwanese history.

Set in the late 1920s and early 1930s, KANO takes place at a farming vocational school in Kagi, which is the present-day Chiayi (嘉義). As a historical sports film, it looks at the underdog Taiwanese baseball team Kano, which was uniquely multi-ethnic for its time due to its Taiwanese, Japanese, and Aboriginal members. The team members strove to achieve greatness in baseball, dreaming of entering and winning the Japanese imperial high school tournament, Koshien. However, since baseball was looked upon as just a recreational activity for exercise, the school staff neglected the baseball team until Hyotaro Kondo, a Japanese accountant who revered baseball, took it upon himself to train these high schoolers into a cohesive team. Kondo was formerly a prominent baseball coach in Japan who, after losing a game, quit his coaching position and relocated to Taiwan, despite his mentor’s advice that it was okay to lose. Interestingly, Kondo reunited with his mentor in Japan during Kano’s participation in the championship tournament, and their perspectives on winning and losing flared up once again. Intertwining the story of Kondo with the storyline of Josha Hitomi, the pitcher from the defending Japanese tournament champion team, and the rise of Kagi’s agriculture through Japanese engineering, KANO can be seen as a metaphor for Taiwan’s rise to prominence during the Japanese period.

The movie relies on the spiritual feeling of the sportsmanship of both the game and the team. The intensity of the love, heart, and soul poured into the formation of the team fueled the passionate movie and the drama of the team. Through sweat and tears, the team bonded together with the coach into a fighting force that stunned Japan when they played at the tournament stadium of Koshien. The movie demonstrated its message effectively and humorously: it lies in the answer to the question posed by the school teacher about growing big papayas. Like the papaya tree when it senses that it is in danger, we must give everything our best shot until the very end.

The audience was hugely receptive of the emotions displayed by the cast in the movie. The few moments of humor in the movie caused uproarious laughter, no doubt due to the use of Taiwanese or the subtitles to illustrate the jokes. In times of sadness, the room felt cold and grim yet comforted by the aura of togetherness; people in the theater all felt the same way. KANO brought the audience together in the feeling of being Taiwanese, bringing to light the deep-rooted emotions associated with the Taiwanese identity. As the championship game at Koshien ended, the screening hall erupted in long-lasting applause.

The KANO screening at Flushing, which was hosted by TAANY and other local Taiwanese associations, was a full house. Even though the night was cold, damp, and rainy, the Taiwan Center quickly became packed with moviegoers well before the movie actually started. The audience was mostly composed of elderly Taiwanese, but there were some Taiwanese collegiate students and children as well. Most had not seen the movie before; the minority that had already seen it had encouraged others to watch it whilst they themselves had come to watch the movie again. Some local celebrities, such as Patrick Huang, attended the event. As the movie played, the audience sat in deep silence as they watched the movie with silent passion. To the elderly, the movie was a nostalgic trip to the Taiwan that they knew and had fought for. For the younger generation, the movie showed what being Taiwanese meant in a historical context under Japanese rule. 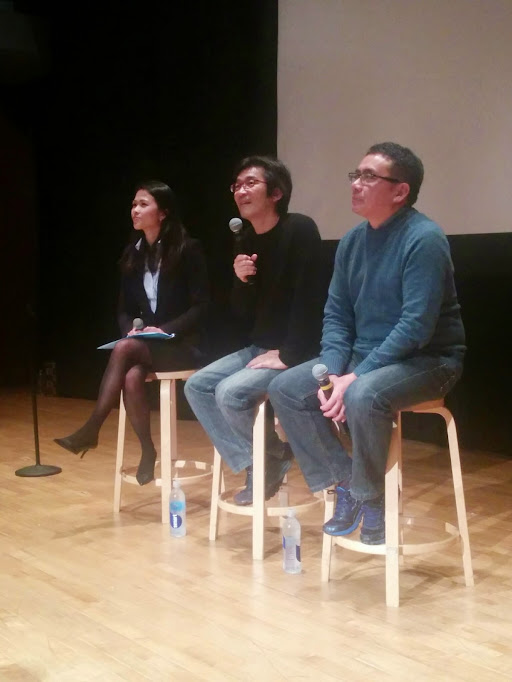 @Manhattan, New York
Held at the Jewish Community Center, this showing was also run by TAANY and other local Taiwanese associations. Tickets were sold out and many people came after missing out or not being able to attend the Flushing showing the night before. Being in Manhattan, professionals hurried over from work, overseas Taiwanese students flocked over after class, and second generation Taiwanese Americans came along after hearing the many great reviews from friends and family members.

@New Brunswick, New Jersey
The screening of KANO in New Brunswick, NJ was sponsored by the Taiwanese American Association of New Jersey (TAANJ), Rutgers Taiwan Study Association (Rutgers TSA), Princeton Association of Taiwanese Students (PATS), North America Taiwanese Women’s Association of NJ (NATWANJ), and the Formosan Association of Public Affairs-NJ (FAPA-NJ). The audience, which was composed mostly of elderly and middle-aged Taiwanese, also included several Taiwanese graduate students, some Chinese and Caucasian collegiate students, and a few Taiwanese elementary-school children. Professor Chien-Chung Huang and Professor Jeff Wang, the Special Assistant to the Executive Vice President for Academic Affairs at Rutgers University, briefly addressed the audience and welcomed producers Wei-Te Sheng and Jimmy Huang before the movie screening.
Q&A
KANO vs Seediq Bale
Producer Wei addressed the seeming disparity between KANO and his previous film, Seediq Bale, which depicted the 1930 Wushe Incident in central Taiwan. During this horrific incident, the Seediq indigenous tribe killed 134 Japanese villagers in response to long-term oppression by Japanese authorities, and the Japanese military retaliated by killing over 1,000 Seediq. In contrast, KANO, which depicted events that took place within a year of the Wushe Incident, portrayed a very warm relationship between the Taiwanese aborigines, the Han, and the Japanese. Wei stated that the focus in Seediq Bale was on the anger that racial tension brought upon Taiwan, while KANO showed the collaboration and team work that accepting and celebrating ethnic differences can bring.
Multi-ethnic baseball team

When one audience member questioned KANO’s portrayal of the relationship between the various ethnic groups, Producer Wei explained that, initially, he had also been skeptical of the ability of the multiethnic Kano baseball team to work together so harmoniously in a period of such serious ethnic tension. However, after interviewing one Han member and one aboriginal member of the original Kano team, he found that, despite ongoing tension between the various ethnic groups throughout Taiwan, there truly had been no such problems between the members of the Kano baseball team. This had been mostly due to the unique mindset and attitude of the team’s manager, Hyotaro Kondo. Unlike the Japanese military in Seediq Bale, who had looked down upon the aborigines and treated them as savages rather than as equals, Kondo had looked past the boundaries of ethnicity to focus on the unique strengths of each ethnic group.

Since 90% of KANO was presented in Japanese, some Taiwanese people have questioned whether this was a Taiwanese movie or a Japanese movie. After he was asked this question during one of the Q&A sessions in America, Wei simply responded, “What do YOU think the movie is?” He stated that people tend to see things as having a political agenda, but, in the end, KANO is just a movie, and a movie is there to tell a story. Additionally, he hoped that through recognizing the theme of this story, the theme of understanding despite differences, people will come together to understand each other as well. One quote which particularly stuck out was, “The world is as big as you are willing to see it.”

If you missed this round of showings, KANO is hitting up the USA again for a second tour where director Umin Boya will also be attending.

Which part of Taiwanese history would you like to see be made into a film? Let us know by leaving a comment on the article/post and get a chance to win an autographed ball signed by Producer Wei! Offer ends December 1, 11:59 PM EST.