With Taiwan’s 9-in-1 election (nine different governmental positions in one vote), many eyes are locked onto Taiwan’s capital, Taipei. On November 29, Taipei will elect their mayor for the next four years. A couple of weeks ago, the two main candidates for Taipei mayor, Sean Lien representing Chinese Nationalist Party (KMT) and Ko Wen-Je running as an independent, took to the stages to have their first public debate. Not going into who won the debate, what is key is what was spoken of during the debate.

“Planting the seeds of hope”

Aiming to bring Taipei to an international stage, Sean wants to use his experience as Chairman of the Taipei Smart Card to boost the economy of Taipei and make it a city worth calling the capital. Hoping to step out of the shadows of the Lien family, Sean seeks to reinvigorate Taipei to give back to the society as a new purpose in life. 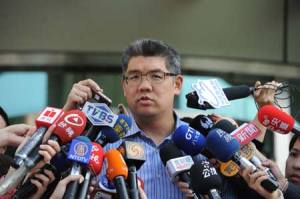 One topic that Lien has focused on is on the youth. With youth unemployment rate extremely high, the term “22k” is used to to signify NTD$22,000, the starting monthly salary of college graduates. To help the youth get a foot setting, he is proposing to put up a stipend of NTD$6,000 a month while these college graduates are looking for a job. Not only offering a stipend for college graduates, Lien’s focus is on housing. Taipei city’s rent has risen to a point similar to that of Manhattan. In order to counterbalance this, Lien seeks to set up youth housing using the land provided after the American Institute in Taiwan (AIT) relocates.

“Change Taiwan, start with the capital

Following this break in Blue vs Green, Ko has also advocated for transparency in the public government. Sick and tired of the corruption within Taiwan’s governmental structures, Ko has publicized his finances for his campaign and will continue to advocate for further transparency in Taipei mayoral governing. Not only does Ko want to push for his administration to be transparent but also wishes to use technology to increase Taipei residents’ political activism.

Each with a side of themselves they’re trying to get away from, Lien and his family ties concerns many, while Ko’s inexperience and lack of sensitivity has people on the fence. Regardless of which party to get behind, both candidates urge everyone to go out to vote. This capital city mayoral race could be pivotal to the movement of change within Taiwan politics.

To view the whole debate (Mandarin):

One thought on “Taipei Mayor Debate Brings Up Concerns on Issues”