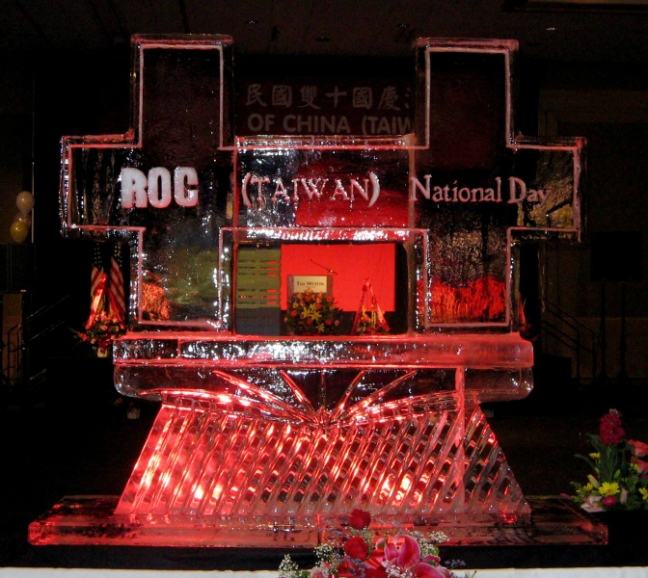 Tomorrow is a special day for the government on Taiwan; the revolution that overthrew the Qing Dynasty started on this day 103 years ago. It is so significant that the ROC calendar system made the year of the revolution, 1911, as Year Zero; 2014 is the 103rd Year of the Republic. It is the “National Day” that is celebrated in Taiwan, but under the name Double Ten Holiday (雙十節).

If one were to write the date in Chinese, it would appear to be two characters for ten, hence the Double Ten. The uprisings on that day, October 10, 1911, led to the creation of the Republic of China (ROC) which strove to bring China out of the backward dynastic system to modern “Western” standards. Since tomorrow is regarded as the birthday of the ROC on Taiwan, it makes sense to look at it’s significance under the lenses of the two major political parties of the ROC.

Let’s first see how National Day celebrations usually go. The celebration starts with a flag-raising ceremony at the Presidential Building with the national anthem being played, followed by festivities such as singing, drum teams, and dancing. The President would give the annual National Day Address while at night fireworks shows are held. Occasionally there would also be military parades where troops and equipment march at the Presidential Building.

The true birthday of the ROC is actually January 1, 1912. After that fateful day, the revolutionaries established a interim government that was the predecessor to the ROC, a provisional government that directly challenged the failing Qing Dynasty. By December government elections had taken place, resulting in the election of the ROC’s Founding Father Dr. Sun Yat-sen as President. January 1st of 1912 was the formal inauguration of Dr. Sun and formally the Republic of China was born. Nowadays Double Ten Day is celebrated as the birthday of the ROC rather than the actual date of January 1st. This is due to the evolution of public holidays commemorated in the ROC. For a time the two holidays were separate in their purpose; January 1st was the birthday celebration while October 10th was the “National Day” in celebration of the Revolution. Celebrations over time skewed towards October 10th since it was “National Day” and therefore had to have the biggest spectacle of any commemorative event. Popular sentiment followed along with the move, resulting in the often seen “Happy Birthday ROC” that one would encounter on social media or in communities celebrating it. Celebrations on January 1st that commemorated the birth of the ROC subsequently decreased. Nowadays January 1st is celebrated as New Year’s Day while the birthday had effectively become a note in the official calendar of the ROC. The only use now is to illustrate when the next Year of the Republic would occur. October 10th is now a holiday with two purposes: the anniversary of the Revolution and the now-adopted birthday of the ROC.

The Kuomintang (國民黨), or the KMT, sees Double Ten Holiday as an event that must be commemorated since it was the catalyst for their creation and that of the ROC. The KMT tend to hold larger displays of patriotism and celebrations on the Double Ten Holiday due to the close relationship between them and the ROC structure; most festivities are organized by KMT-affiliated organizations. As discussed previously, the focus was originally on the 1911 Revolution, but it had slowly evolved to encompass the birthday aspect of the ROC as well. The various groups that had won the 1911 Revolution and established the ROC had formally merged together as the KMT (after the ROC was established). The groups had viewed themselves as the vanguard of the ROC akin to the Communist Party seeing themselves as leading China. The KMT had a long history of strong connotations to the ROC; the KMT institutionally was the ROC during the 1920s until 2000, and still maintains strong links in the government. The KMT sees the Double Ten Holiday as their raison d’etre to their existence and that of the ROC. Therefore it is not uncommon to mistake the birthday of the KMT for Double Ten because they used to be the one and the same (their actual birthday is on September 28).

The Democratic Progressive Party (民進黨), or the DPP, also sees Double Ten Holiday as an event to be commemorated but not to the same degree as the KMT. They see the significance of the event as contributive towards creating a democratic nation. Their perspective stems from their origins. The creation of the party occurred in September 28, 1986 as the alternate party against the authoritarian KMT regime. Like the KMT, the DPP was the result of various groups uniting. The founding members were from the “Dangwai” movement  of the 1970s and 80s, a time when dissident groups were formed in opposition to the government and wanted Taiwan-centrism to prevail. The DPP thus is a Taiwan-centric party rather than the KMT which is China-centric under the context of the ROC being the only legitimate government of China. The DPP therefore do not see Double Ten Day as representative of their cause of existence, but instead a battle for democracy and identity that proved successful in China but not yet for Taiwan. Party members and their supporters generally has a lukewarm attitude about the festivities.

In spite of what perspective one may have, one must remember that Double Ten Holiday is not the birthday of Taiwan. It is the anniversary of the Revolution and the de facto birthday of the ROC. If one saw the celebrations on video, in pictures, or in person, chances are they are either KMT supporters, ROC supporters, or Taiwanese who saw the ROC as Taiwan. Since Taiwan was part of Japan, given by the Qing Dynasty for eternity in 1895, there was no mass participation by the Taiwanese in the Revolution due to being outsiders in the conflict.

There simply is no birthday for Taiwan. Except for a brief period during the middle months of 1895, Taiwan was a colony of the Dutch, Spanish, Chinese, Japanese, and arguably Chinese again under the ROC. Only after 1949, when the ROC had fully evacuated to Taiwan, did the notion of Double Ten Holiday as National Day appear in Taiwan. One would often wonder if Taiwan will ever have a July 4 Independence day like that of United States.