Many people will be posting on social media “Happy 103rd Birthday Taiwan!”, but this might not be entirely correct. October 10 is the National Day for Taiwan and a day to celebrate it, but to say it’s Taiwan’s birthday is not quite right. October 10 is celebrated because on October 10, 1911 was the start of the Wuchang Uprising that led to the fall of the Qing Dynasty, and the setup of the Republic of China (ROC). However, this is not exactly Taiwan. From 1911 all the way to at least 1945, Taiwan was under the rule of the Empire of Japan. It wasn’t until the end of World War Two when Japan had to surrender Taiwan that Taiwan was out of Japan’s rule.

After the ROC was removed as the power representing China and driven out of Mainland China, Chiang Kai-Shek established Taipei, Taiwan as ROC’s temporary capital in hopes to take back all of China from Mao Ze-Dong and the People’s Republic of China (PRC). After many years, United Nations and many other countries saw that Chiang was never going to retake Mainland China and recognized PRC as the representation of all of China. Chiang slowly realizes this as well and from then on ROC has ruled over Taiwan. From these incidents, a young democracy slowly bloomed, giving rise to a country with multiple political parties, direct presidential votes and a growing freedom of speech and expression.

October 10 is the National Day declared by the Taiwanese government, so it should be a day to celebrate Taiwan, the good and the bad. However, understanding the date is one of the most important part of understanding Taiwan.

Through General Order One, Taiwan (territory of the Empire of Japan) is given to General Chiang Kai-Shek until further notice.

December 7, 1949
Establishment of Taipei as capital of ROC Japan officially relinquishes Taiwan. However, General Chiang Kai-Shek who oversaw Taiwan during this time was not present due to the Civil war and dispute about the representation of China Marks the end of the Second Sino-Japanese War. Signed by ROC and Japan for Japan’s official renouncement of Taiwan. However this was revoked by the Japanese Government on September 28, 1972.

October 25, 1971
Expulsion of ROC from the United Nation Security Council This marks the day that Taiwan was entered back into the United Nation and recognized as a member state under the name of Taiwan. This marks the start of Taiwan’s full participation on world issues, working alongside all the other countries such as United States and China to ensure peace and security in the world. 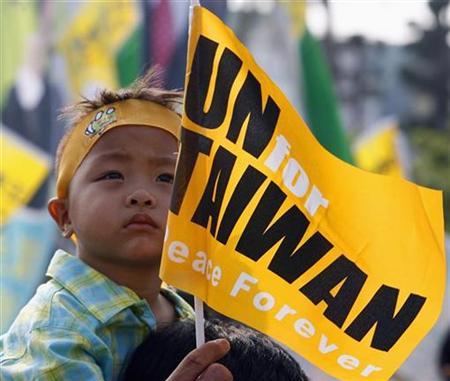