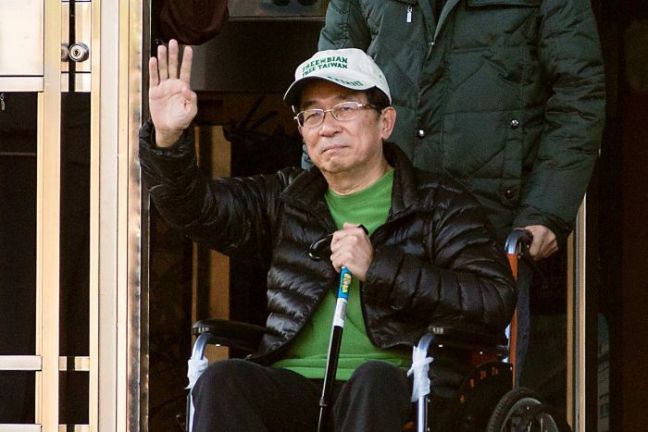 After serving six years in prison, former president Chen Shui-Bian has been released on medical parole. Chen has been granted an initial one-month parole with extensions up to a three months period per review allowed depending on his health. The former president thus has the potential to be out of prison for a very long time depending what the end-of-period review concludes. It is important to note that Chen has been receiving treatment since relocating to a prison hospital since April 2013. Medical parole was given due to the belief that he would receive better care at home rather than in prison. The controversy regarding Chen results from differing opinions on his medical condition and public pressure over his release.

Chen Shui-Bian’s medical condition is a contentious issue among the Taiwanese. Some view his condition as grave and should be addressed regardless of his 20-year sentence while others view it as a trick to escape from prison. Amid mounting criticism both from international and domestic circles involving politicians, medical doctors, and others, the government allowed a medical team to investigate Chen’s condition and determine if he should be freed on medical parole. On Human Rights Day, OFT and other Taiwanese-American groups discussed about Chen’s treatment as a violation of human rights through ignorance of his failing health condition. Delivery of these results was severely delayed due to traffic on New Year’s Eve, preventing the widely rumored release to happen before the end of 2014.

Since the arrest of Chen Shui-Bian, supporters of Chen and others have called for his release. Rising disapproval of the government’s handling of his trial and failing health provided fuel for increased pressure on what seemed to be a human rights violation. It has been theorized that the recent nine-in-one election results provided the final push towards the decision to release Chen.

Although Chen is now receiving care both at his home in Tainan and at a hospital in Kaohsiung, speculation still remains regarding what Chen will do now that he is out. Medical parole allows him to interact with the public and publish literature while outside of prison, which leads some to believe that he will utilize this chance to further his agenda. Whatever it may be, Chen only has this small time window to act unless he will continue to need care outside of prison. If so, his window of opportunity may have just gotten bigger.

Jack Healey’s analysis of Chen’s release and its impact on Taiwan’s government.

Some of the responses by the ruling party in Taiwan.